There are two trails in Colorado that deserve your attention. Nay, demand it. One is the Colorado Trail, from which I have posted several ride reports from various sections. The other is the Continental Divide Trail, or CDT, of which I haven’t ridden much of. There are a few sections that coincide with other rides I have done, but I hadn’t yet concentrated on a particular section.

And sure there are pictures taken on the CDT already posted on the internet, surely. But these are views I hadn’t seen with my own eyes, only through the lens of others. So I made some time with a few friends to rectify the situation this past weekend. Our plan was to start at Jones Pass, near Berthoud Falls, CO and ride the CDT south to the Herman Gulch Trail. With Jones Pass clear of snow, we could shuttle all the way to the top and start the ride there. We placed our chase vehicle a ways down from the end of Herman Gulch in the town of Silver Plume, with intentions of riding up to Panorama Point or even routes farther if time allowed.

We enjoyed stellar weather for the entirety of the Jones Pass to Herman Gulch route, and then a deluge of pissing rain soaked us pretty thoroughly as we made our way to Silver Plume from the Herman Gulch trailhead via bike path. Opting out of any further climbing and adventuring, we inquired at the Sliver Plume station of the Georgetown Loop Railroad how to pick up the rest of the bike path to our vehicle.

“Well, it’s right there by I-70”, said the Railroad Bro. “But you don’t want that, not how you’re rollin’. There ain’t no jumps or rocks or anything on the bike path. Head up this dirt road a bit, straight past the left-hand switchback, and look for the singletrack just after it. That’ll get you to Georgetown.”

Yeah, we might have gotten turned around a couple of times but it was well worth it. With the rain subsided, we enjoyed some of the best pine-needle strewn loam I’ve ever ridden in Colorado, winding all the way through the forest to Georgetown. At one point, the trail paralleled the railroad tracks and we rode along side a train filled with tourists.

“Look, honey! Mountain bikers! Wait until we tell the folks back home!”

What follows is what I captured with my camera from Jones Pass to the top of Herman Gulch. Turns out, descending Herman Gulch, with it’s myriad of roots and tricky rock sections, is way too fun to stop for pictures. And once we got soaked the camera was put away in a dry place and didn’t come back out until it was time to edit and upload pictures. Enjoy.

From the top of Jones Pass, looking back towards Henderson Mine: 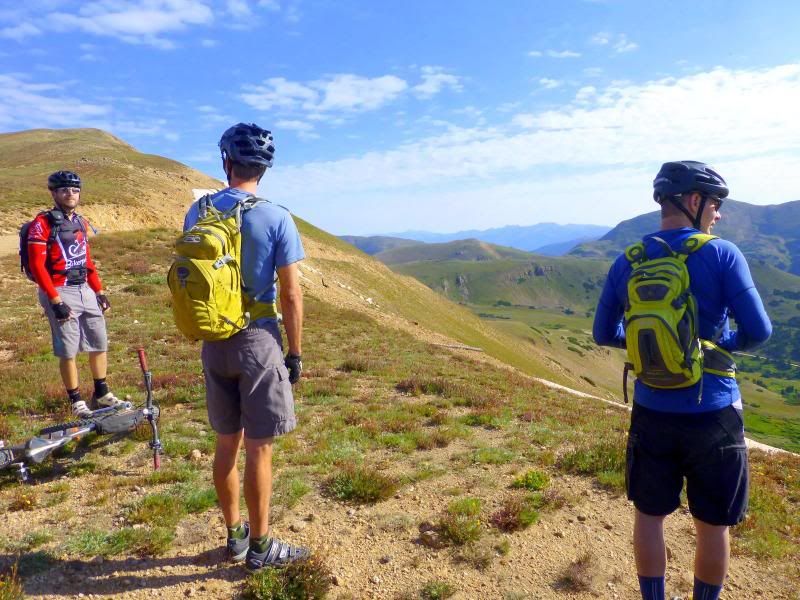 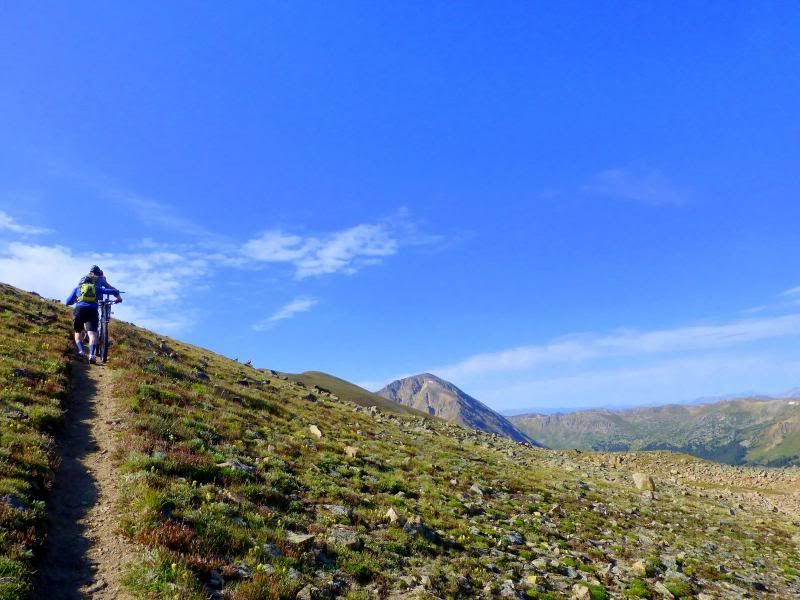 A little reprieve from the hike-a-bike, looking down the ridgeline the CDT follows:

Philosophical question: do you herp while you derp? Herp Derpington and Derp McHerp provide some insight: 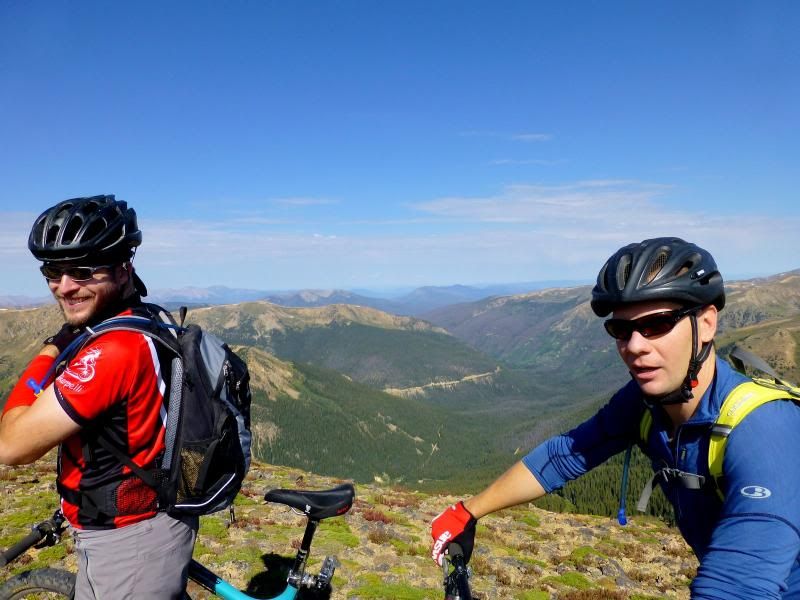 I love the high alpine patchwork tundra, especially on top of a fairly narrow ridgeline under bright blue skies: 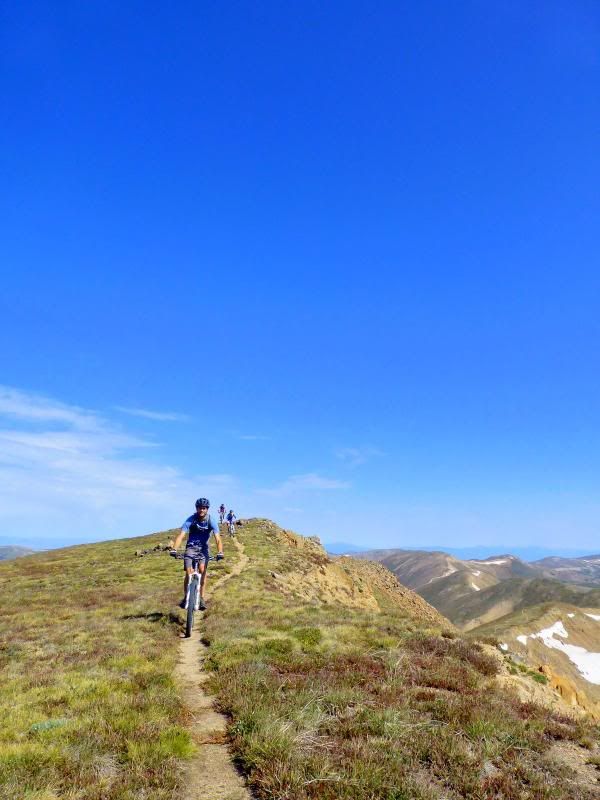 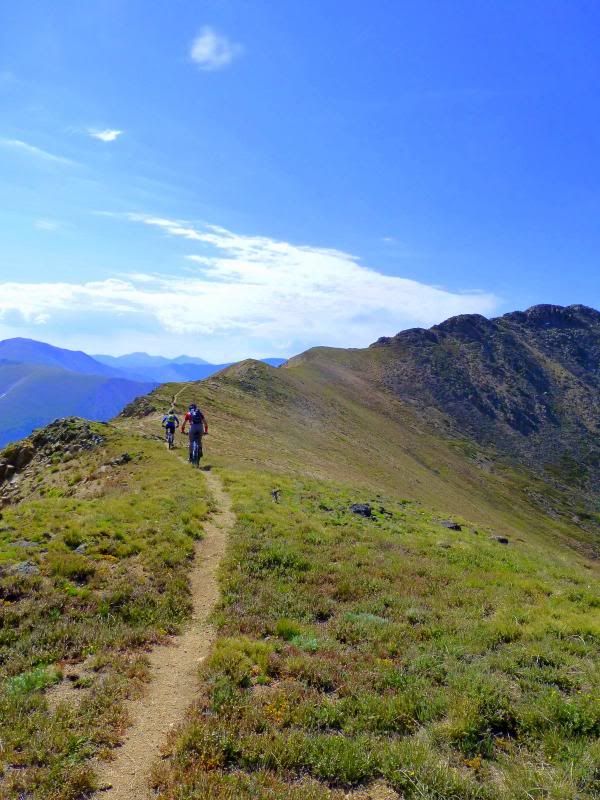 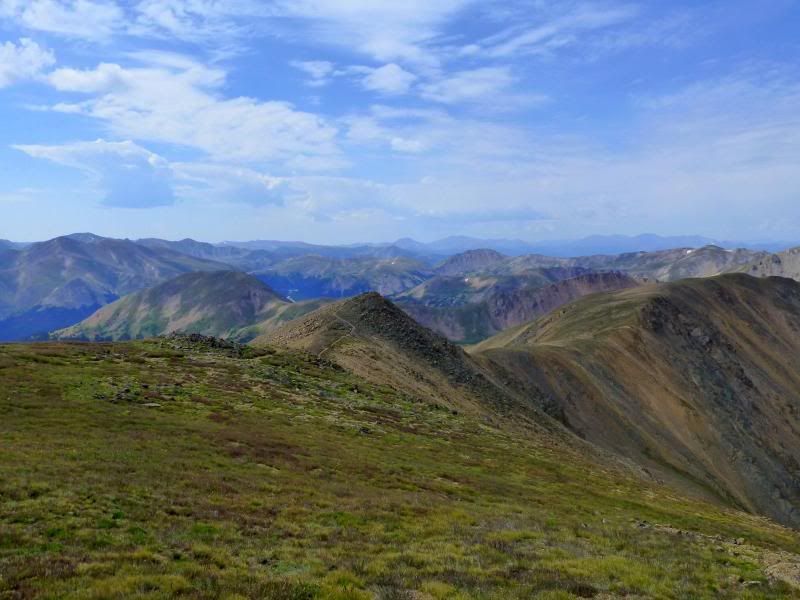 On the descent of the CDT towards Herman Lake. Plenty of narrow flowing singletrack and wide open views: 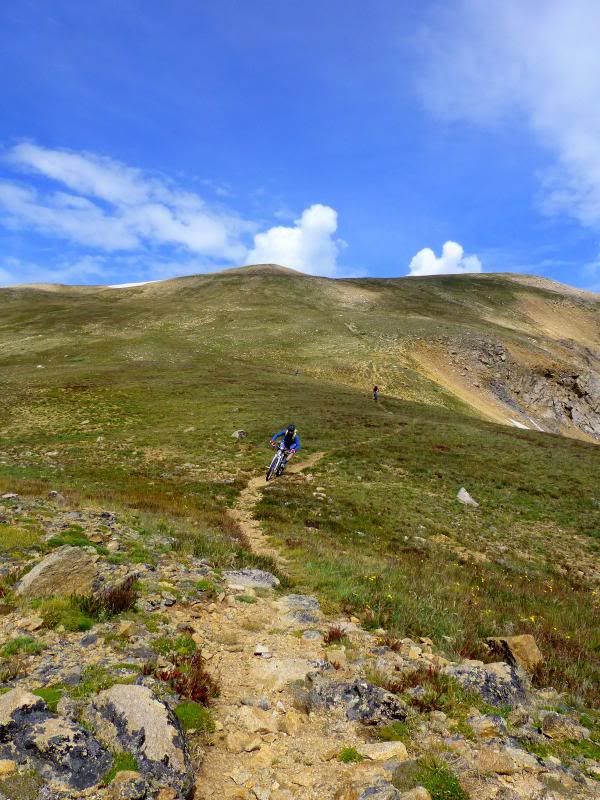 Lake Herman selfie. No one fell in: 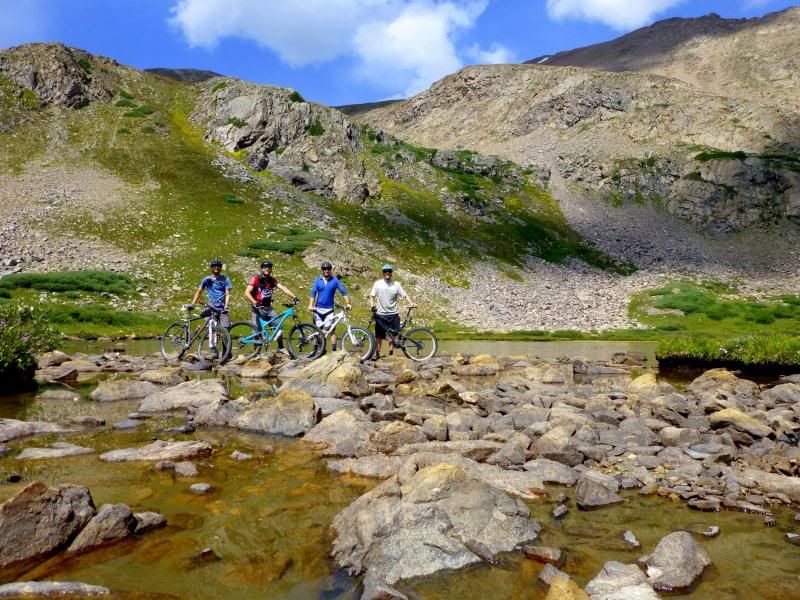 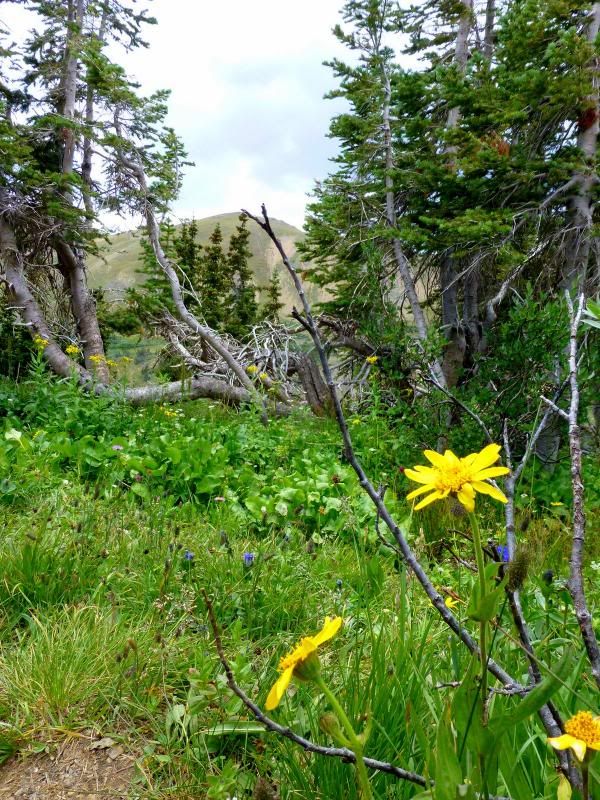